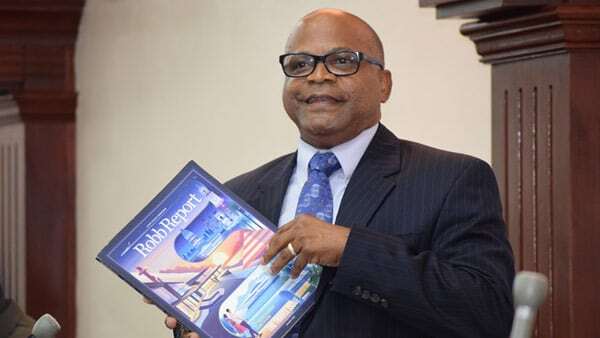 The Ministry of Tourism has been buzzing with good news for the 2017 ““ 2018 tourism season. At a special sitting of National Assembly to commemorate the 3rd Anniversary of the Team Unity Government on February 21, Minister of Tourism, the Honourable Lindsay Grant, shared the good news of his ministry.

Minister Grant commended the Ministry of Tourism and the St. Kitts Tourism Authority for their stellar work that led to various accolades in the Federation of St. Kitts and Nevis received over the past year and early 2018.

“It is important for us to understand in St. Kitts and Nevis that under this government something good is happening,” said Minister Grant, as he noted that the federation has been named among the “22 Hotspots of Where to go in 2018″ by Bloomberg Pursuits and listed as one of the “Top 21 Places to Travel in 2018″ by the Robb Report.

Minister Grant said that there was a substantial increase in stay-overs in 2017 from 115,000 in previous years to approximately 140,000, despite the 2017 Hurricane Season with Hurricanes’ Irma and Maria.

“The increase was driven in part by marked improvements in our American Airlines Flight out of JFK and Miami in the latter half of 2017,” he added.

There has also been an addition of a Delta Airlines direct flight from Atlanta to St. Kitts that was started in December 2017.

He also highlighted an increase in cruise ship passengers coming to the federation since the change of government in 2015. He noted that the federation welcomed over 1 million cruise passengers from 2015 to present.