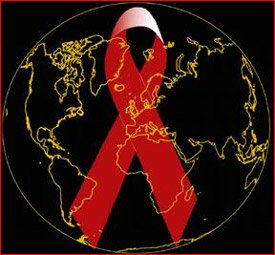 The new activities on the schedule of World AIDS Campaign 2008 are designed to help residents to “Keep the Promise, Lead, Empower and Deliver.”

National AIDS Coordinator Gardenia Destang-Richardson said that one new activity was the “Walk of Hope” which took place Thursday, November 13.  She explained that the walk from Independence Square to Frigate Bay intended to show solidarity with persons living with HIV/AIDS, and spread the message that persons living with HIV/AIDS are humans first and then have the disease after.

The AIDS Coordinator said that the people who walked demonstrated that they understand HIV/AIDS issues as well as care and support those persons living with the illness.

A new feature to be added to the November 28 Parade which customarily has creative methods of displaying different HIV/AIDS issues will be the a symbolic balloon release.  Mrs. Destang-Richardson explained that over 300 balloons will be released representing one balloon for each reported person who has died and one for each person in the Federation who is living with the illness.  At the conclusion of the Parade at the Treasury Apron, there will be what has been dubbed an AIDS Jam, which is a concert featuring local performers.

Another innovative measure is a puppeteer presentation in all the schools in St. Kitts.  Mrs. Richardson enthused that by means of using two puppet characters, the objective is to find an interesting method to reach young people.

“If we can start teaching children this concept,” Mrs. Richardson said.  “When they get older, this attitude of discriminating against people or taking negative actions towards persons living with HIV/AIDS will no longer be.”

On that day, December 1, World AIDS Day, the staff of the National AIDS Secretariat will also be hosting an Open Day in Independence Square, and the AIDS Coordinator said that because they would be very busy with that event, the puppets will be controlled by volunteer students from the International University of Nursing.  She said that the research, the script as well as the orientation of the student nurse volunteers in preparation for the puppeteer presentation, was done by the National AIDS Secretariat.

The Open Day itself, which takes place in Independence Square will by means of picture, video and audio presentations, give an image of the work carried out by the Department of Health and now the National AIDS Secretariat, as well as its partners, since 1984 to present.  AIDS Coordinator Richardson said it is will exhibit all the challenges and accomplishments over the period.

Mrs. Richardson took the opportunity to thank all partners who have enabled a multi-sectoral approach toward tackling the pandemic over the years.

She applauded their efforts and noted that there were three new partners, namely Chippie-Cariglobe, eCaribbean and G² Arts.

The AIDS Coordinator emphasized that it is apparent from vox pops conducted by the St. Kitts and Nevis Information Service that persons are informed about HIV/AIDS, its contraction and its prevention, but population-based surveys and Knowledge, Attitude, Behaviour and Practice surveys will have to be done to find out if there is specific behavior change.  She did note that apparently, individuals’ perception toward persons living with the disease has changed for the better.

“You see people’s attitudes changing,” she said.  “They see HIV/AIDS more as a lifestyle disease and so more people are accepting it.  The fact that there was a demand for more Community Testing Days and more persons are coming out in public, sitting down so that other persons can see them getting tested, is an indication that stigma is really being reduced.”

Mrs. Richardson said that while stigma and discrimination still exists there are individuals who having embraced those living with the illness.