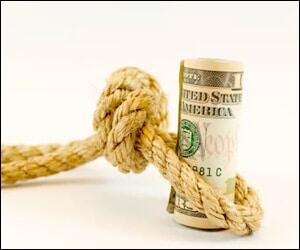 Reforms in the tax structure of St. Kitts and Nevis are ongoing to ensure it protects the public interest, promotes harmony with national and regional systems, and meets the demands of a globalized economy.

Prime Minister, Dr. the Honourable Timothy Harris, is championing these reforms in his capacity as the Minister of Finance. One of the recent updates to the tax structure was passed in the Federal Parliament last week (February 19) in the form of the Income Tax (Amendment) Bill, 2016.

“Economic activities have never been as global as they are today,” Dr. Harris stated, noting that international trade has brought about the removal of traditional national borders. He added that the global integration of national economies has deepened, the mobility of capital has accelerated, and the flow of capital and trade is enormous.

However, the prime minister added that smaller economies like St. Kitts and Nevis have a mobile tax base and as such rely heavily on corporate income and withholding taxes. This also means that the economy is susceptible to the negative impact of harmful tax practices which Government is attempting to avoid. Last December, Dr. Harris announced that he had instructed the Ministry of Finance through the Inland Revenue Department, to carry out an assessment of the existing legislation and practices in administering the local tax systems.

“This analysis has indicated that these systems are vulnerable to abuse by taxpayers who use different methods to avoid payment of their fair share of taxes to the Government,” Prime Minister Harris said. “Such methods include transfer pricing and other similar earning stripping techniques.”

The prime minister said the legislation was designed to “provide for all relevant parties to pay their fair share of the withholding tax. In our efforts to provide a level playing field and reduce the potential for the erosion of the tax base, it has become necessary to amend the withholding tax act to clarify branch and head office arrangements for the purposes of the application of the tax.”

Indemnity protection was also included to provide protection to local companies that pay the tax on behalf of overseas businesses and a new withholding tax rate from 10 to 15 percent was approved for all businesses. The 15 percent ceiling for the tax is in keeping with the range set by the Caribbean Community, which St. Kitts and Nevis is a member state.

“It is important to note that the changes to the tax system are not new taxes,” Prime Minister Harris stated. “They are designed to remove loopholes in the tax system, broaden the tax base, simplify the process of determining taxpayer obligations and modernizing the laws to meet regional and international standards. We are certain that these changes will provide greater clarity for businesses to meet their tax obligations.”