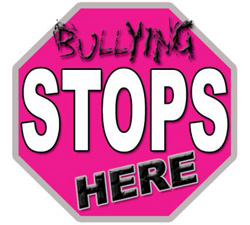 The host country’s Minister of Education and Information the Honourable Nigel Carty told the St. Kitts and Nevis Information Service that participants sought to tackle the root of the problem by focusing on disadvantaged groups and people and implementing strategies to allow them to better adjust and succeed in the learning environment.

“We may have to look at beefing up our network of guidance counselors to ensure that we can better identify and treat those students who come from abusive situations who have particular difficulties and challenges in their own circumstances,” he said. “It would mean perhaps trying to see if we can get students to try and pace themselves so that they can achieve the goals and objectives which we all want to achieve but on a different timeline.”

Minister Carty added that altering the pace of learning was important as students who are distracted, ultimately do harm to themselves and the entire classroom.

“Students who are promoted without having attained certain basic skills like writing, reading spelling etc, if they are moved into a different level, then that “¦ creates a situation where there is greater likelihood for social exclusion, for deviant behaviour because no student is going to sit quietly when he/she can’t read what’s on the board,” the Minister stressed. “They will find some way to distract everybody else and to eventually get himself/herself out of the classroom.”

“So I think that we’ve come around to acknowledging that the child-friendly school, with respect to promotion, will have greater regard for ensuring that students attain critical skills, before they are promoted to a higher level in the education system.”

Minister Carty noted that it was a pleasure for St. Kitts and Nevis to host the 22nd OECS Ministers of Education Meeting which ran from May 22 to 24, 2012. He mentioned that the event was a success based on the level of participation as well as the development of a 10-year Regional Strategy that will harmonize education systems among OECS member-states.