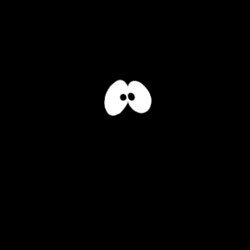 St. Kitts Citizens Still In The Dark With Blackouts

Leader of the People’s Action Movement Lindsay Grant has called on the Denzil Douglas administration to call early general elections, saying the government does not have the answers to the ongoing power crisis here.

Mr Grant, speaking here at a press conference Tuesday, said that the country’s economy has been undermined by weeks of load-shedding, and power cuts that have continued even after the government announced last week that the problem was solved.

There were a series of power outages on the weekend, but officials blamed those on what was described as a feeder fault.

“Ten years and millions of dollars later, the fumbling Denzil Douglas regime has no final solution for this nation’s power crisis,” Grant declared.

St Kitts has had problems with an unreliable power supply since it bought new generators in 1999.

Following a fire at the main generating plant over a month ago, the Douglas administration has rented a number of generators to meet with the nation’s demands.

“Because of weeks of unreliable power, the country’s economy is being undermined and people are getting restless as the government continues to fail its citizens,” Grant told the press at a briefing in the city.

“We are demanding today ““ right here, right now ““ that the government set an early date for general elections so that the people of St Kitts and Nevis can be given the opportunity to once again chart their own destiny and put us back in the light,” the PAM leader declared.

He added: “This country is waiting to exhale ““ and so we demand and expect general elections within two months ““ or else we may be forced to intensify the struggle to save this nation from total collapse.”

General elections are constitutionally due here by October of next year, but Grant is suggesting that it is in the best interest of the Federation that a poll be conducted as soon as possible after December’s carnival and Christmas activities.

The PAM leader said the latest cuts on the weekend, more than a week after a government official said the problems were solved, have left more questions than answers.

“But as we stand here today, one answer is clear ““ Labour’s mismanagement has hurt business; has hurt the ordinary people; has hurt this country, (and) the time has come to pull the plug on this Douglas administration,” Grant said.

He declared: “In the coming weeks and months we would prove ourselves a serious democracy ““ a democracy where the people punish mismanagement and waste.”