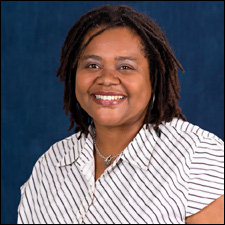 The People’s Action Movement, is proud to announce the launch of “The People’s Forum”, a brand new radio talk show to be hosted by the dynamic P. Cyndie Demming. Each week the format of the show features Cyndie’s conversation with party leaders and other relevant guests providing views and insights into the burning issues of the day.

“The People’s Forum” dÃ©buts April 19th, 2012, live on WINNFM 98.9 from 8 to 9 pm, and continues every Thursday thereafter. The program will give listeners the opportunity to come face to face on a regular and sustained basis with the country’s future leaders as they layout and discuss the PAM’s positions and solutions on various policy issues. It will also afford them the opportunity to engage host and guests by telephone calls and/or emails.

Kicking off the first week will be a conversation with the party’s Political Leader, Mr. Linsay Grant. Mr. Grant will discuss the overall objectives of the program and the role it will play in facilitating the party’s vision and continued quest to remain connected to the people of the Federation.

The party has been working and will continue to work to identify new and more effective 21st century avenues to communicate with the citizens of the Federation, in order to present a meaningful alternative approach to our current state of affairs. The launch of “The People’s Forum” is just one such avenue, that once again demonstrates the party’s commitment to its core philosophy of “Putting People First.”

The interaction between the party and citizens through this new program will be one that not only provides frank, open, and honest analysis of the issues and problems facing the nation, but will also layout solid, workable solutions designed to ease the social and economic hardship, and see a return to the positive growth and prosperity once enjoyed.