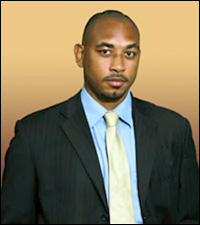 Co-Deputy Chairperson of the People’s Action Movement Lawyer Jonel Powell, in light of the recent Nevis Election Petition judgment, has stoutly declared that his party will be vigorously pursuing airtime on the state-owned ZIZ Broadcasting Corporation.

In his judgment in the Nevis Election Petition case, Justice Lionel Jones SC ruled that Petitioner Mark Brantley’s right to freedom of expression, and his right not to be treated in a discriminatory manner was contravened as he and his party the Concerned Citizens Movement were actively denied access to the state-owned Nevis TV Newscast during last year’s campaign.

“In light of the recent judgment of Justice Jones who essentially supported my party’s call for equal time on the state-owned media , when he declared that the refusal to air Opposition events and activities by the Nevis TV was a direct contravention of the rights of Mr. Mark Brantley and the CCM, I want it to be known that our party will be approaching ZIZ broadcasting once again, about airing a weekly programme, much in the same vein as the Labour Party’s “Ask the PM” and the NRP’s “In touch with the Premier,” said the PAM Deputy Chair Jonel Powell.

The 29-year-old Powell went on to say “Our party is energized and ready to go. If the Prime Minister calls the election tomorrow we will be ready.”

Powell indicated that as a youth himself he had a genuine concern about the plight of young people in the federation who seem to be drowning in a sea of despair as the job market shrinks on a daily basis with unemployment on the rise and companies closing their doors and laying off staff.

The young lawyer suggested and reiterated PAM’s position on venture capital which would give young people access to funds to start their own businesses. This would create a lessening dependency on corporations for job opportunities.

Powell ended his interview with Freedom FM’s Juni Liburd by imploring citizens of all walks, whether it PAM, Labour, CCM, NRP, young or old to take the time out and listen to the message of the People’s Action Movement.

Powell was recently elected as the Co-Deputy Chairperson and is currently the youngest member of the People’s Action Movement executive.