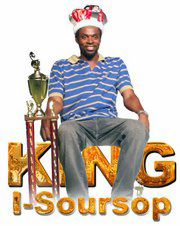 Featured Artists To Include:

The People’s Action Movement is now in the final stages of preparations to host a massive Calypso Show event which the opposition party is labeling The People’s Calypso Bacchanal. The Calypso show, which is returning to the PAM May Day Weekend of activities after a 2 year absence, is expected to feature some of the federations top calypsonians including former National Carnival and Regional Calypso Kings Socrates and Ayatollah as well as former Culturama and Ring Bang Calypso King I-Soursop.

The show will also feature brand new tunes from Big Lice, Kinta, UnExpected, Forest, Magoo along with performances by Lord Kut, Lady Diva, Rudder among others. The calypsonians will be all backed by the Legends Band.

The show will be held at PAM Headquarters, at Lockhart Street, on Friday 4th May and will form part of a weekend of events that will also include a May Fair on May 7th May Day as well as a special Movie night on Saturday May 5th.