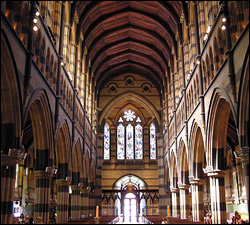 The Federation’s Prime Minister, the Rt. Hon. Dr. Denzil L. Douglas will be among 2,000 guests invited by Her Majesty Queen Elizabeth the Second to attend a Thanksgiving Service at St. Paul’s Cathedral on Tuesday morning.

The Archbishop of Canterbury, Dr. Rowan Williams, will give the sermon at the St. Paul’s Cathedral and is expected to pay tribute to the Queen.

Gathered will be leading national figures and members of the Royal Family including Charles, the Duchess of Cornwall, the Duke and Duchess of Cambridge and Prince Harry.

British Prime Minister the Rt. Hon. David Cameron will lead the large representation from the coalition Government and other figures will include governor generals, diplomats including St. Kitts and Nevis‘ High Commissioner to London, His Excellency Mr. Kevin Isaac, and foreign leaders from the Commonwealth and the World.

After the service the Queen will attend a reception at Mansion House while senior royals including Charles and Camilla will attend a similar event at the Guildhall.

At both events will be members of the thanksgiving congregation. The Queen and her family will then attend a City of London Livery companies lunch at Westminster Hall.

The highlight of the day will be a glittering carriage procession through the streets of Whitehall before the Queen and her family gather on Buckingham Palace’s balcony to watch a flypast of Second World War aircraft and the Red Arrows.