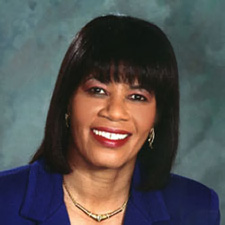 St. Kitts and Nevis’ Prime Minister the Rt. Hon. Dr. Denzil L. Douglas has told new Prime Minister of Jamaica, the Most Hon. Portia Simpson-Miller that her “perseverance and dedication to the cause of the Masses has been duly rewarded.”

“I am certain that you and your comrades in the People’s National Party are armed with the resolve and proficiency needed to empower, guide and secure all Jamaicans,” said Dr. Douglas on Friday in a formal letter from his office on the resounding election victory of Simpson-Miller and her People’s National Party (PNP) following general elections on Thursday.

“Congratulations to you and the People’s National Party (PNP) for your victory at the Polls. The “People Power” theme of your campaign obviously resonated with the electorate to provide your Party with the decisive and historic victory. Your enduring love for the Jamaican people is an embodiment of the spirit of your country’s motto “˜Out of Many, One People,’ said Prime Minister Douglas, who had called Simpson-Miller by telephone late Thursday.

The St. Kitts and Nevis leader reminded Simpson-Miller that her first stint as Prime Minister of Jamaica was short-lived, “but even during that period from March 2006 to September 2007, you brought to the fore a magnanimous ability- cultivated long before your political career- to serve the Masses, safeguarding the interests of society’s poorest and most marginalized.”

“Your strong record of success in the areas of labour, sports and tourism precedes your presidency of the    PNP and your long list of achievements in mobilizing women and youth, in particular, for collective action on issues of critical importance to their social development is widely known and appreciated,” said Dr. Douglas, the longest serving Prime Minister Douglas in the Caribbean.

He told the new Jamaica leader:  “This is the firm foundation that will propel you and the people of your beloved country forward to continue to rise as Caribbean people, fulfilling your reputable place of honour in the region and the world.”

Prime Minister Douglas expressed confidence that despite the myriad of challenges “with which our countries are currently confronted, not least Jamaica, you will be brazen in your approach and surmount them with the support of the people, which your charisma, leadership and strong resolve will help to garner.”

“The Government and people of the Federation of St Kitts and Nevis salute you, Madame Prime Minister and commit ourselves in solidarity as you begin to “build a new Jamaica”. I welcome you back to the league of regional leaders and look forward to working with you for the betterment of our region,” said Dr. Douglas in his official congratulatory message.