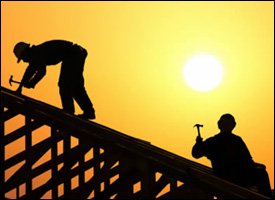 New Construction Jobs To Be Created
Photo By Erasmus Williams

St. Kitts and Nevis Prime Minister and Minister of Tourism, the Hon. Dr. Denzil L. Douglas said the proposed US$125 million investment into the economy of St. Kitts and Nevis by the St. Kitts Marriott Condominium Development will create construction job opportunities, as well as employment for the ultimate the staffing of the project.

“This particular project has been in the making before the worldwide financial and economic crisis, noted Prime Minister Douglas, who expressed gratitude to all the major players in the project for expressing confidence in the investment climate in St. Kitts and Nevis.

“It displays confidence in the Government of St. Kitts and Nevis, in the workers of this country and in the people on a whole for committing yet another US$125 million investment at a time when the entire world is halting on new investments,” said Dr. Douglas.

He said that the project when it begins will translate into hundreds of jobs for the people of the twin-island federation.

Dr. Douglas used the occasion to thank the Minister of State in the Ministry of Tourism, Sen. the Hon. Richard Skerritt; his colleagues in Cabinet and the National Assembly and those who have worked tremendously hard over the years to promote St. Kitts and Nevis as a well sought after destination.

Dr. Douglas also thanked the workers because as he puts it, “it is the quality of their service that they display on a daily basis that demonstrate to our visitors and citizens alike that has created that confidence in the solid investment that Mr. Vic De Zen continues to have in St. Kitts and Nevis.”