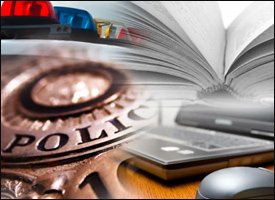 A senior law enforcement officer in St. Kitts and Nevis is among 40 of his colleagues from Barbados and the Eastern Caribbean, Trinidad and Tobago, Jamaica and The Bahamas at the International Law Enforcement Academy (ILEA), Roswell in New Mexico.

The course is a programme geared for middle management officers who have the ability to move into the upper ranks of their agencies within the next five years.

The course consists of six modules: leadership, criminal justice in global crime issues, terrorist threats, technology, managing law enforcement organisations and crisis management, building upon the participants’ prior knowledge and will focus on the academic aspects of law enforcement rather than its practical aspects.

The programme is fully funded by the Government of the United States.

It is part of America’s continuing engagement with its Caribbean partners, which will be further strengthened through the Caribbean Basin Security Initiative that United States President, the Hon. Barack Obama announced at the 2009 Summit of the Americas in Trinidad.