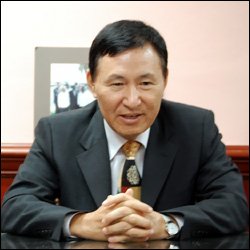 St. Kitts and Nevis and the Republic of Korea agreed Monday to strengthen their bi-lateral relations.

The visiting diplomat, who is based in the Dominican Republic, brought greetings and best wishes from the South Korean President and the Minister of Foreign Affairs.

“I wish to convey best wishes for your personal health and happiness and the continued prosperity of your people and your country,” said Ambassador Kang.

He expressed the interest of the South Korean Government to strengthen the existing ties and full cooperation in fulfilling the mission.

Prime Minister Douglas thanked the South Korean diplomat for relaying best wishes from the President and Minister of Foreign Affairs and said St. Kitts and Nevis would do what is necessary to strengthen ties.

Prime Minister Douglas and Ambassador Kang discussed several areas of cooperation and the efforts of St. Kitts and Nevis to continue to transform the local economy.

A career diplomat, Ambassador Kang has over 20 years experience in the diplomatic field and has served in Korean missions in several Latin American countries and the United States. He also served in Portugal as Counselor and in Afghanistan as Ambassador.