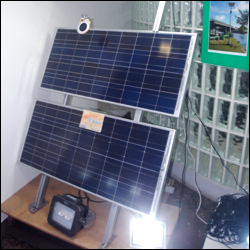 A project to install solar panels to provide electricity to Government Headquarters has been completed.

Prime Minister the Rt. Hon. Dr. Denzil L. Douglas and Resident Ambassador of the Republic of China (Taiwan) His Excellency Miguel Tsao are expected to speak at a ceremony on Friday 23rd December to symbolically unveil the solar-powered syystem which has been installed on the roof of Government Headquarters.

The brief ceremony to take place in the foyer at Government Headquarters starts at 10:00 a.m. on Friday.

Dr. Douglas has in the past reiterated his administration’s clear commitment to an energy policy that would see a significant amount of its electricity obtained from renewable energy.

The government had stated its goal and objective and wants to achieve at least 60 percent of its energy generation from the use of renewable energy and we would want to achieve this by the year 2015.