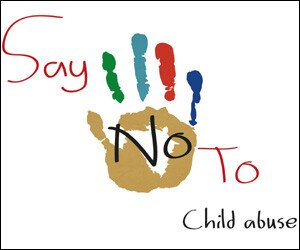 Say No To Child Abuse

The Government of St. Kitts – Nevis has endeavored to take a hard stance against child abuse and to see to it that offenders are brought to justice. On the occasion of Child Abuse Week being observed this week, Minister of State in the Ministry of Social Services, Honourable Wendy Phipps, spoke of some of the initiatives of the Government to ensure that children are protected and that parents are given parenting support to ensure minimal incidents of child abuse.

A guest on the Government’s weekly radio programme “Working for You”, Senator Phipps expressed disgust at a growing trend in St. Kitts and Nevis where sexual offenders are being let off the hook before they are even brought before the court because the mother in most cases accept payment from the offenders not to be prosecuted.

“How much is your child’s purity worth?” the minister asked. “You have the social services staff standing up outside the court waiting for its turn to go in, only to look like fools because some parent has cut their own deal with somebody else to keep a pedophile out of prison,” Minister Phipps said.

The minister suggested that this matter be reviewed legally as it is continuously frustrating to the staff of Social Services and Child Protection to have a case against a pedophile not getting to court to be prosecuted because the mother accepted a bribe.

“This is something that we really need to be working towards and I am quite certain within the department that is something that we will be addressing seriously because we do have cases where it has happened in the past but we need to close those loopholes,” the minister said.

She said some mothers are aware that their children are being abused, but opt to prostitute their children for economic reasons. She noted that the ministry is depending on the partnership with the schools to monitor children and report any early signs of child abuse such as children who were once doing well academically, but suddenly became introverted.

Additionally, she pointed to the devastating effect sexual abuse can have on girls in particular, especially infants who were sexually assaulted and are damaged internally leaving them unable to have children.

Meanwhile, the minister spoke about the MEND project under the Ministry of Social Welfare which is designed to motivate and guide parents. Twenty-five families are currently involved in this project and they are being monitored by the Government. Some, Minister Phipps disclosed are financially challenged and the government provides them with a voucher to assist with groceries.

More than likely some of those families will be assigned a probation officer to look at these children, especially those that are pubescent””pre-adolescent,” Minister Phipps said.