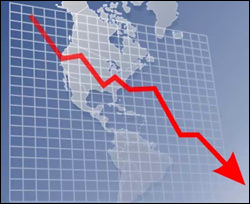 Economic activity in St. Kitts and Nevis is estimated to have contracted by 4.2% in 2010 when compared to 2009 when a contraction of 4.4% was recorded.

This has been disclosed by Dr. the Hon. Timothy Harris, Temporary Governor for St. Kitts and Nevis on the Caribbean Development Bank (CDB) Board of Governors at the 41st Annual Meeting in Trinidad.

Dr. Harris said that the decline in economic output can be attributed to the prolonged effects of the global economic downturn which continued to suppress the performance of the key productive sectors.

He said that the level of activity in the construction sector was estimated to have contracted by 28.0% indicative of a downturn in private sector investment inflows for new construction projects and a slowdown in activity on ongoing projects in both the private and public sectors.

Output in the manufacturing industry declined by 15 percent in 2010 attributed mainly to the slow recovery in the demand for electronic components from source markets such as the United States.

The rate of inflation was recorded at 0.7% in 2010, a slower rate when compared to 2009 (1.9%) which can be attributed to the measures implemented by the Government to mitigate the effects of rising oil and food prices during 2008 and 2009.

“This upturn can be attributed to the expansion in output in the livestock and crop sub-sectors by 3.8% and 0.7% respectively. This was primarily as a result of the increase in land allocation and the implementation of assistance projects which provided inputs to farmers at a reduced cost.  May I suggest increasingly greater attention be paid to the agricultural Sector, particularly to assist in overcoming the constraints outlined in the Jagdeo initiative,” said Dr. Harris.