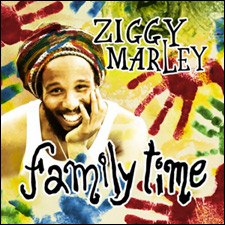 Fathers Need To Be Involved

Following up on the success of 2010 Child Month Activities, which focused on the involvement of fathers in their children’s lives, Ms. Morris said the Unit was capitalizing on the advancements gained during that time when fathers turned out in their numbers to participate.

The Coordinator said that the activities have been organized to encourage maximum participation by extended family members. She added that children thrive in a stable environment where they have a perception of being supported and loved.

“The perception of being supported comes from tangible presence,” Ms. Morris stated, “It has very little to do with gifts received and other things that people think win over children. While children may appreciate such, that feeling is often short-lived and the child gravitates towards those who are present and show affection.”

Events scheduled for the near future include Food Fairs between June 8-10; Parade Day Nevis on June 10th, Sports on June 14th, and the Cultural Explosion on June 16th in Nevis. A food fair is scheduled for June 17th at Independence Square.

Other highlights include the popular concert at Carnival City which will be held on June 21 and the climax of the Month long celebration: Parade and T-Shirt Day which is set for June 24th. This year there is also a Health Symposium for parents giving parents an opportunity to gain valuable information on how to maintain their health and that of their children.