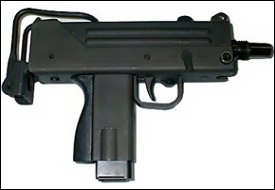 At about 2:30 am on January 10th 2009, during a routine foot patrol in Charlestown, the Police saw three suspicious young men dressed in dark clothing on Main Street Charlestown. The officers challenged the men and they ran away. A chase ensued and one of the men turned around and opened fire on the police in the vicinity of the Red Cross Building at Chapel Street. The officers took cover and returned fire. The man who opened fire was shot and fell.

Basseterre, St.Kitts – Nevis
January 10, 2009At about 12:40 am on January 10th 2009 Isimba Bradley 17 year old of Fiennes Ave, was walking along Central Street with another person. While in the vicinity of the Pizza Place they were attacked by an armed assailant who opened fire on them. Bradley was shot and ran down Fort Street on to the Bay Road where he collapsed and was pronounced dead. One suspect was shot and injured by the Police during a chase and is currently in custody as a patient at the JNF Hospital. Investigations are ongoing. This is the first murder for 2009.

Basseterre, St.Kitts – Nevis
January 10, 2009And on Tuesday, January 6 in Nevis, 21-year-old Jevonne Pemberton of Pump Road was shot in the neck by an unknown assailant while he was seated on the passenger’s side of a vehicle that was travelling along Craddock Road. He was taken to the Alexandra Hospital where he was reported to be in stable condition.

One person was in police custody assisting with investigations.