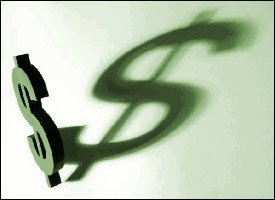 Residents in St. Kitts and Nevis have benefited from the policies of the governing Labour Party administration, which has resulted in a significant reduction in inflation.

Minister of Finance, International Trade, Industry, Commerce and Consumer Affairs, Dr. the Hon. Timothy Harris said the St. Kitts-Nevis Labour Government, which has been waging a veritable war against inflation and the high cost of living, has reduced inflation to 4.5 percent this year compared to 8.5 percent in 2006.

“This is a significant reduction in prices recorded across a wide range of goods,” said Minister Harris, adding: “We stemmed the substantial increase on the price of food and nonfood items through the enactment of the Price Control Order No. 41 of 2007, and the Consumption Tax Order No. 11 of 2008.”

The Price Control Order regulated the mark-up on of selected food, pharmaceuticals, baby products and pampers for senior citizens and regulated other items.

On these goods with a CIF value up to October of EC$8.8 million, government waived EC$1.7 million of revenue to ensure our vulnerable groups could still have a decent standard of living.

“The government did not stop here.  We ought to assist consumers in making wise choices by informing consumers about the comparative prices on selected items available at major supermarkets. We did even more.  To contain the price of bread, we gave a wide range of concessions to our bakers which to date have cost us nearly $500,000 in revenue foregone,” said Dr. Harris, at a Press Conference on Monday.

“Because we cared we did even more.  We capped electricity surcharge at 50%.  Millions of dollars were saved by consumers as a result of this initiative,” said Dr. Harris, who added that all of those initiatives and more “were to moderate, then reduce the price of goods.  While the statistics reveal significant success, we will not rest on our laurels.”

He said the Labour Government struck another blows against poverty last month by raising the minimum wage a whopping 28 percent from $250 per week to $320 per week.

“We went further to exempt all of that increase from the payment of the 3% Social Services Levy,” said the Federal Minister of Finance.