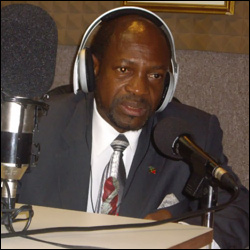 St. Kitts and Nevis has expressed a determination to enter into agreements with the rest of the world that will stimulate the local economy, expand the imaginations of its people and the possibilities open to them.

Appearing on his weekly call-in radio programme on Tuesday, St. Kitts and Nevis’ Prime Minister, the Right Hon. Dr. Denzil L. Douglas said the Partial Scope Agreement between St. Kitts and Nevis and Brazil will be signed this week in Basseterre.

“This Agreement will allow access of electronics and other products manufactured in St. Kitts and Nevis to the Brazilian market,” said Dr. Douglas, pointing out that Brazil has placed itself on a most impressive economic trajectory over the past ten years.

“Over that period, it has made steady progress in reducing income inequality.  It has reduced urban employment to 4.7% at a time of plummeting economic conditions in some of the world’s most powerful nations.  Most significantly, it is now very firmly and securely among the top ten economies of the world.  Indeed, just last year, Brazil caught up with and overtook the United Kingdom as the seventh most powerful economy in the world,” Prime Minister Douglas told listeners.

“We are determined to establish allegiances and alliances with economies, corporations, institutions, and individuals that have the ability to expand options and opportunities for the people of St. Kitts and Nevis.  We are determined to strengthen our bonds with interests that can expand the skills, training, and educational profile of the people of this Federation,” said the Prime Minister, who added that Brazil is one such country.

“We have established strong and constructive relations between that country and ours, and I am extraordinarily pleased that Brazil’s Minister of External Relations (that country’s equivalent of our Foreign Minister) The Honorable Antonio Patriota, will be in St. Kitts on Thursday of this week in order to solidify and make official this expanded dimension of the bilateral relationship between Brazil and St. Kitts and Nevis,” said Prime Minister Douglas.