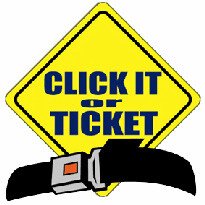 The cabinet has directed the development of a public awareness programme to inform and update the general public on new traffic laws recently passed by the St. Kitts and Nevis National Assembly.

Minister of State for Information, Sen. the Hon. Nigel Carty said government in its continuing attempt to enhance public safety on the road, recently passed legislation on the use of seatbelts and the non-use of mobile phones while driving a motor vehicle.

“The Public Transportation Board has been mandated to collaborate with other relevant departments of government to develop a public relations strategy to properly inform and update the public, as enforcement of this new law will commence shortly,” said Minister Carty.

He said that in an effort to crack down on general lawlessness and disorder in society, enforcement of all other traffic laws will be stepped up drastically at the same time.

“This increased enforcement will not apply to traffic regulations only but to all other areas of law enforcement,” said Minister Carty.

The Vehicles and Road Traffic Act was amended at a Sitting of the National Assembly on November 11th 2008 and assented to by the Governor General on January 6th 2009.