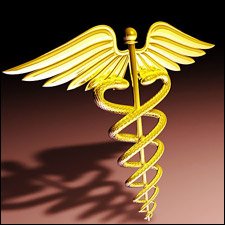 Marcella Liburd Speaks Out on Healthcare

Government’s healthcare programme has come in for high praise from former Speaker of the St. Kitts and Nevis National Assembly, Ms. Marcella Liburd.

Addressing some 12,000 persons at Friday night’s Super Rally dubbed”A Night to Remember,”Ms, Liburd also pledged to give equal attention to issues that affect all citizens and called for building stronger families and safer communities.

“The truth is, I will concentrate on issues that affect women. Naturally.  But I will concentrate equally on the issues that affect men, in fact all citizens.  The issues are fundamentally the same: health, education, housing, and jobs ““ people issues. My pledge is to represent the people of Central Basseterre ““ all the people of Central Basseterre ““ man, woman and child,” said told thousands assembled at the Warner Park Cricket Stadium.

Ms. Liburd, the second female to hold the post of Speaker of the local lawmaking body, noted that while St. Kitts and Nevis will never be the biggest country in the Caribbean, and may never be most influential, “under this Labour government, we have proven that we can be the best. Just look at our history of achievements under Labour. How can we not have a great future?” she asked.

Liburd in praising the Federation’s primary healthcare service noted that every single Health Centre has been built or refurbished by present Labour Party Administration.

“Fourteen years ago, PAM thought that two Health Centres were all that the people of this country deserved. Labour has put that right. Not only has Labour built modern health facilities, but we have invested in training our doctors and nurses, our medical technologists, our radiologists and our paramedics, so that we have both world-class facilities and first-class trained professionals to work in them,” she said, promising to improve the health system where necessary.

Pointing to the slogan around St. Kitts that “It’s working,” Liburd, a former educator and netballer expressed determination to make it work even better.

“So in a new term, Labour will continue to ensure that we remain at the cutting edge of modern technology ““ making it better for our sons and daughters, for the young and the old, for mothers and fathers, for generations to come, to survive and compete in this challenging 21st century. Like I have said, this is not an issue for men or for women, this is a people’s issue,” she said.

She alluded to the fact that Central Basseterre and the country on a whole are facing some serious issues, issues that one cannot dodge or run away from.

“Too many of our young people are being drawn into gangs and criminal activity.  Family values are being replaced by a burning desire for material things ““ a burning desire that often leads to criminality. The Labour government is determined to tackle these problems head on. We are focusing on improving infrastructure, on training of our human resource and on strengthening relationships on the national and regional levels.  In terms of security, we are creating a more visible police force and are working with allies in the Regional Security System, the Federal Bureau of Investigations, INTERPOL and the Royal Canadian Mounted Police for awareness programs, for training and for containing/eliminating crime and violence,” said Liburd, who called for all to support efforts to “build stronger families and safer communities.”