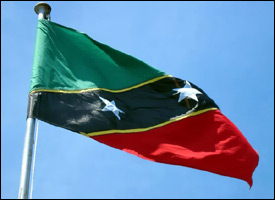 Permanent Secretary in the Ministry of Tourism, Sports and Culture Lloyd Lazar said that there is a definite link between the celebration of Tourism Awareness and Independence.

He explained that Tourism is an important component of the development of the Federation and it is quite appropriate that the activities of the month fall under the banner of the Silver Jubilee Anniversary celebrations.

Upcoming events include the launch of the month on Saturday, September 27 at the Seventh Day Adventist Church at 10:00 am.

Mr. Lazar noted that the activities that will take place during the month itself, provide an opportunity to demonstrate the partnership that exists between government and the private sector. As such, some of the collaborative events include a Small Hotel Retreat from October 1 to 3, organized by the Hotel and Tourism Association and a Small and Medium Business Enterprise Workshop from October 13 to 16 coordinated by the Chamber of Industry and Commerce. Collaborations with other government ministries and departments have given rise to a Farmers and Fishers Recognition Ceremony on World Food Day, October 16, that is being organized by the Department of Agriculture as well as the Launch of National Carnival on October 31 being carried out by the National Carnival Committee.

Market Place, which takes place October 24, is a creative and interesting concept which is the result of another collaboration, this time with the Ministry of Education. The event will focus on the Home Economics aspect within Education and will showcase the various products and means of earning a living from the sale of these items.

Permanent Secretary Lazar took the opportunity to thank all those who took part in the Tourism Awareness Month Slogan Competition. He also congratulated the winner Ms. Sharon Hetherington for coming up with: “The Time is Now, the Opportunity Yours.” Mr. Lazar noted the appropriateness of the theme because it encompasses the role of all individuals within the Federation and he emphasized that he is looking forward to the support of all sectors within the community as well as of young people as attention is drawn to the importance of tourism to St. Kitts and Nevis’ growing economy.