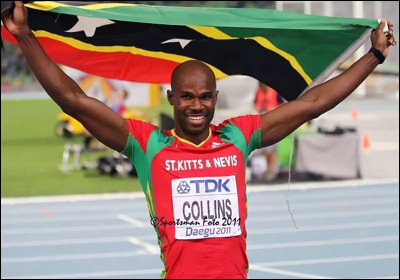 Some of the world’s most popular athletes have also been selected to carry their nation’s flags in the opening ceremony.

Usain Bolt, double world record-holder, was selected to be Jamaica’s standard-bearer a couple days ago.

Amantle Montsho: The reigning 400m World Champion is in the form of her life and, as one of the favourites, will be seeking to get her first Olympic medal at her third Games.

Caster Semenya: Controversy surrounding the gender of this 800m runner has not decreased her chances of winning at the Games nor affected her selection as South Africa’s flag bearer.

Chris Brown: The Bahamas’ former World Indoor 400m champion will carry his nation’s flag as he attempts to add an individual medal to his two Olympic relay successes.

Javier Culson: The world leader in the 400m hurdles and hot favourite for the title will be Puerto Rico’s flag bearer.

Kim Collins: The veteran sprinter will be looking to surprise pundits again and medal for the first time at his fifth Olympic Games competing for St. Kitts and Nevis.

Marc Burns: The 100m sprinter is looking to find form as he competes against the world’s best in his third Olympics for Trinidad and Tobago.

Novac Djokovic: Serbia’s tennis star will be seeking to better the bronze medal he won in Beijing four years ago.

Pau Gasol: Better known for playing in the American National Basketball League, Gasol will be aiming to dethrone his US colleagues when he takes the court for Spain