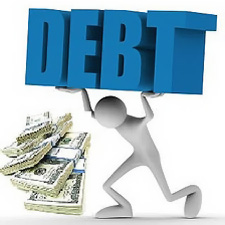 The Burden of Debt in St. Kitts – Nevis

Delegates to the recent 80th Annual Conference of the St. Kitts-Nevis Labour Party (SKNLP) have given unanimous support to the government’s debt-restructuring exercise and have praised Minister of Finance and Prime Minister the Rt. Hon. Dr. Denzil L. Douglas.

Delegates noted that a well-developed transportation, communications, and education infrastructure is crucial in the global competition for scarce investment resources, that few nations, if any, have the resources to fund massive infrastructural programmes from national revenues and that nations of all sizes seek and incur debt in order to finance infrastructure projects that policy-makers deem to be in the national interest.

The resolution noted that the Government of St. Kitts and Nevis, under the leadership of the Right Honourable Dr. Denzil L. Douglas, decided seventeen years ago to upgrade and expand the infrastructural profile of St. Kitts and Nevis in order to attract both domestic and foreign investment and that this naturally and unavoidably necessitated the assumption of debt.

It further noted that for seventeen years without fail, the Government of St. Kitts and Nevis, under the leadership of the Right Honorable Dr. Denzil L. Douglas, faithfully, responsibly, and unfailingly met its debt obligations to all of its creditors, thereby maintaining a constructive and mutually respectful relationship with said creditors.

Delegates noted those who constantly lamented the fact that the nation’s development had resulted in St. Kitts and Nevis having a high Debt to GDP ratio and that the Government was able to secure the commitment and support of its creditors when it decided that the time had come to restructure said debt.

Noting that the exercise was successful resulting in the dramatic reduction of the Debt to GDP ratio of the nation although the successful outcome was neither easy nor automatic.

“Be it resolved that the Labour Government, led by Prime Minister the Right Honorable Dr. Denzil L. Douglas, Minister of Finance, is deserving of great support and praise for the successful debt restructuring negotiations for the lasting benefit of the Nation,” said the resolution.