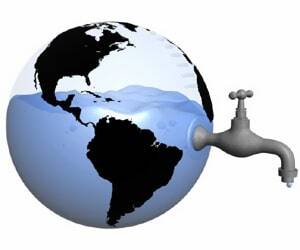 Drilling new wells and commissioning a desalination plant are among strategies being pursued by the Ministry of Public Infrastructure to ensure water supply can meet the growing demand of the population in St. Kitts and Nevis.

The challenges to the supply of water were exacerbated this year as the twin-island federation, like many Caribbean countries, experienced below average rainfall in 2015 which lead to drought like conditions locally and actual droughts in other islands including Trinidad and Tobago, St. Lucia and Jamaica.

With predictions for similar, and in some cases worsening conditions in 2016, Minister responsible for Public Infrastructure, Ian Patches Liburd, told listeners to Wednesday’s (December 09) edition of the radio programme “Working for You” that the Water Services Department in Basseterre must continue to rise to the occasion.

“There is a deficit in rainfall,” Minister Liburd said, revealing that this year’s figures are about 50 percent lower than average figures over the years. “The challenges from the record low rainfall obviously [resulted] in low surface inflows and of course reduced well water abstraction rates, so new sources of potable water ought to be addressed and we are looking at that as we speak.”

To address the ongoing difficulties, work crews laid 6,000 feet of pipeline from Dieppe Bay to Saddlers to provide access to an additional 200,000 gallons of water to consumers in the area. Fifteen hundred feet of pipeline was also used to facilitate water flow from a well in Lodge.

“We have taken an approach that we have to get water now,” Minister Liburd said. “We have looked at reverse osmosis ““ that’s desalination. There is aa plant lying at La Vallee for over eight years and we are looking at the possible commissioning of that plant in a particular area of Basseterre.”

The minister said the matter is being addressed at the Cabinet level but added “once that plant is installed, we can get some 1.2 million gallons.” He cited studies dating back to the 1970s, and others after, that suggest there are approximately 11 million gallons of water underground and current systems have tapped into about 50 percent of that water.

“We have a lot of work to do and we are doing it,” Minister Liburd stated.