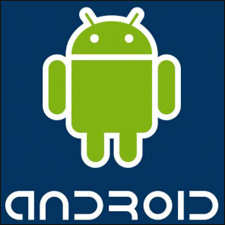 That was the sentiment of Minister of Technology and Youth Empowerment Honourable Glenn Phillip after witnessing the outcome of the January 24 to 27, iCAN Mobile App Development Workshop.

The Minister noted that “when this workshop was envisaged, I knew that we had some talented people here on the island, but to take it to this extent where we have an app for agriculture and one for crime “¦ I am really, really ecstatic.”

Eighty participants completed the sessions which highlighted how to design, develop and promote applications for smart devices that run the Apple, Android and Blackberry platform.

At the end, the group rolled out three applications to be uploaded to the Android Market. I See U ““ an anonymous crime reporting app, Time to Plant ““ an advisory application that outlines when to plant and how to care for featured crops, and finally Where to Eat ““ which highlighted fine cuisine establishments and their local menus.

Facilitator Bevil Wooding of the BrightPath Foundation of Trinidad and Tobago told SKNIS that his group has replicated the programme in several Caribbean territories. However, this was the first time that the participants produced three separate applications at the end of the workshop instead of the usual one. Mr. Wooding stated that he was impressed with the wide range of suggestions covered by the attendees and noted that the iCAN workshop had to be modified to allow for the dynamism and creativity of the local group.

Karanja Hughes, 19, and Asquil Ferlance, 18, were among the dozens of students that attended the sessions at the St. Kitts Marriott Resort. Both are enrolled at the Clarence Fitzroy Bryant College (CFBC) and shared similar opinions about the workshop.

“It was very exciting for me,” Karanja revealed, noting that her expectations were realized. “The one thing that will stay with me is how to layout the applications and how to design them.” She added that she intends to create her own app that deals with locating places in St. Kitts and Nevis as well as creating wallpapers.

Asquil is a junior developer being mentored by his older brother. He “loves” programming and played a vital role in the creation of the crime reporting app. “Being a part of this group was good,” he stated. “I was really touched inside to be a part of such a team and I am excited to see all the work we did.”

The applications are currently not available on the Android Market as some content and functionality issues are to be finalized. Time to Plant and Where to Eat are expected to be launched in the next two weeks. I See U is a bit more complicated and will require discussions with relevant authorities and other parties. It was successfully demoed at the workshop close.

Minister Phillip revealed that he was so pleased with the outcome that he intends to reengage the services of the BrightPath Foundation to conduct a follow up workshop.