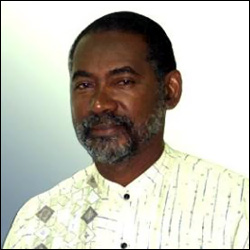 Mr. Meade was sworn in as Premier of the nearby British Overseas Territory with the adoption of a new Constitution.

“On behalf of the Government and people of the Federation of St. Kitts and Nevis, I convey expressions of congratulations to you and the proud people of Montserrat for the conferment on yourself of the title of Premier and the adoption of the new Constitution of Montserrat,” Dr. Douglas said in a message to Premier Meade.

Dr. Douglas told Premier Meade the new Constitution “holds much significance for the Government and people under your able leadership as it opens up a new chapter in the history of your progressive country.”

“Moreover, this is quite opportune and marks an important political milestone for Montserrat and the rest of the sub-region as a whole, coinciding with the current process of full integration among the OECS Member States. There is no doubt that the long months of consultations this is indeed a welcomed outcome and a marked accomplishment for the negotiating team of Montserrat,” Prime Minister Douglas said.

He added he was convinced that “the constitutional changes will augur well for enhanced governance and engender new beginnings for more focused prioritization in the face of the challenges, uncertainties and opportunities that characterize the current developments in the global community.”

Reuben Theodore Meade, 57, was sworn in as the first ever Premier of Montserrat.

Admitting that it was not a perfect document, Mr. Meade told a ceremony at the Cultural Center soon after he was sworn in that thee work must continue of improving the document over time.

“We must however, not lose sight of the focus on development issues while at the same time honouring the provisions of the constitution,” Meade said in a CMC report.

The new Opposition Leader Hon. Donaldson Romeo and his opposition colleague, former chief minister Dr. the Hon. Lowell Lewis, have campaigned against the new constitution and have called for various changes to the document.

However, the island’s British Governor, His Excellency Adrian Davis, said officials in London were not considering any amendments at this time.

Davis said Montserrat was ushering in a “modern constitution for a modern country” after the “culmination of a long process of work and negotiation.”

Meade told the ceremony that the process of revising the constitution started in 1999 with the advent of the so called White Paper on the Overseas Territories.

But he said that in 2002 a two-member team that also included him, the task of commencing the process on behalf of the Legislative Council after the Chief Minister, John A Osbourne intimated that this constitution must not be seen as partisan “but must include us all in its development.”

Osborne died earlier this year and Meade traced the various levels of consultations involving Montserratians both here and abroad in shaping the new document.

“Many long hours of consultations took place between the local team over the years and the UK team as the negotiations moved back and forth until we agreed on the document which we now have as our Constitution of 2011.”

Meade said that throughout the process, the public were given an opportunity to participate.

“All of that work and time enabled us to agree a document which was ready for debate in our local legislative council.  It was not a requirement, but I felt it necessary for us to first have it debated and approved by our Legislative Council to signal acceptance and ownership of the document.  It was approved by a margin of 7-2 by the elected members.”

The Premier said that once the document was approved locally, it was then sent to the British government for consideration by their Parliament and their Privy Council.

“It is the first time in the entire process of governance in Montserrat that the people truly took part in the development of their constitution.  It took nine years for us to reach this stage.  It is not a perfect document but it is workable with provisions for future amendments.

“However, we must give it some time to work before we seek to change it.  We must now concentrate our focus on economic issues of growth and development for the people whom we represent.”

Meade said that the constitution, for the first time in the island’s history, provides for a Leader of the Opposition with certain responsibilities.

He said that person will be the head of the Public Accounts Committee, share in the selection of the Public Service Commission and the Electoral Commission, be a member of the National Advisory Council, and other authority now vested legally in the person holding that post.

Meade also announced that as a result of the new constitution, the functions of the governor will also be changed.

He said the holder of that office will no longer have sole discretionary powers over a range of areas.

“He is mandated to consult with the Premier on many matters to include the appointment of Senior Public Servants to include the Deputy Governor, the Financial Secretary and the Commissioner of Police.  He is obliged to consult the Chief Justice on the appointment of the Attorney General, the Director of Public Prosecutions, Magistrates and other offices requiring legal qualifications.

“A Mercy Committee is to be established to reduce the discretionary powers of the governor in clemency matters.  Regional Affairs to include OECS and CARICOM will now be vested in the Premier or his nominee.

“The Governor is also required to discuss the operations of the areas falling under his remit.  A subtle but important provision is for the Ministers to obtain the approval of the Premier, rather than the Governor, for all absences from the island.”

Meade also announced that several new commissions will be created to enable persons to benefit from the fundamental rights provisions through the complaints Commission.

He said Montserratians will also be able to monitor any aspects of perceived corruption on the part of senior public officials to include the members of the Legislative Assembly.

“The walk has been a long one.  Whereas we have reached this particular milestone, we still have a long way to go on this journey.  It is my hope that those who will lead the walk in the future will continue on the path to sustainable development and the eventual milestone of self determination,” Meade said as he also paid tribute to those political and other leaders who would have contributed to the development of the British Overseas Territory in the past.