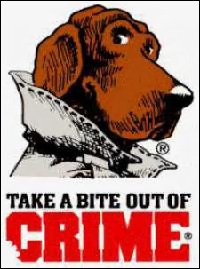 Help Take A Bite Out Of Crime

Community residents from Dieppe Bay and surrounding communities assembled at the new Dieppe Bay Police Station on Thursday (February 16) for a constructive dialogue with authorities.

Attendees were introduced to the new District “B” Divisional Commander Inspector Andre Mitchell who has served in the Royal St. Christopher and Nevis Police Force for more than 20 years. Inspector Mitchell told the gathering that the security forces are working tirelessly to keep the community safe.

“Our organization, the Royal St. Christopher and Nevis Police Force, is working assiduously to arrest the problem of crime and violence and to restore public trust and confidence,” he stressed. “You may ask how is this being done? As an agency we recognize the importance of community involvement in problem solving. We also recognize that the community is armed with ideas, opinions and knowledge and they are well positioned to tell us how well they are being served.”

Sergeant Joseph Wyatt presented an overview of the crime statistics for the period Jan 1 to October 31, 2011 to help inform the discussions of the evening. District B’s Sub-Divisional Commander Inspector Vaughan Henderson noted that the majority of citizens are law abiding and cooperate fully with the security forces. He added that the community policing plan which includes increased foot patrols will be expanded to include a new bicycle patrol unit. The Police Inspector stated that this is part of a proactive strategy to deter from and prevent antisocial activity.

The scores of residents that attended the town hall meeting addressed a wide range of issues including effective communication with the police, requirements for joining the police force, response time after reports are made and confidentiality.

Persons were grateful for the opportunity to interface with the authorities.

“I give thanks that the police made this effort because it is a good thing to consult the people in matters concerning the community,” one attendee stated. He referred to the new Dieppe Bay station and described its location in the community as “important” adding that what is even more important is that the police and community work together honestly in trust and good faith.

The Town Hall meeting was held under the theme “Bridging the Gap Between Police and Community: Restoring Public Trust and Confidence in the Police.”