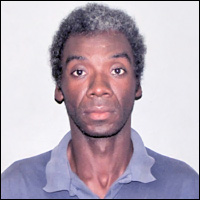 On Wednesday 7th December 2010 at approximately 5:15 pm at the Basseterre Police Station police detectives at the Criminal Investigations Department (CID) formally arrested and charged 38 years old Mario Alexander Harvey also known as “Antonio” of Lockhart Street, Basseterre on a warrant in the first instance for the offence of Buggery which was committed upon a certain male person between 9th July and 13th October 2010.

The detectives also have another male suspect in custody for Buggery and charges are expected to be laid not later than Thursday 9th December 2010. In relation to Harvey the police objected to bail and he was remanded to HM Prisons today awaiting trial. Investigations are ongoing.