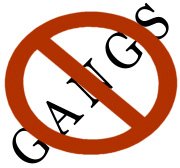 Just Say No To Gangs

St. Kitts – Nevis Police have made their first arrests under recent Gang (Prohibition and Prevention) Act 2011.

Joel Phillip of Shadwell Housing and Vernon Elliott of St. Johnston were arrested on Friday and charged for the offences of being a member of a gang and preventing a person from leaving membership of a gang. Both face between 10 and 25 years in prison if convicted.

Section 6  states a person who, whether by coercion or otherwise, prevents or attempts to prevent a person who is a member of a gang from leaving, that person commits an offence and shall be liable on conviction on indictment , to imprisonment for a term not exceeding 25 years.

The Gang (Prohibition and Prevention) Act was passed unanimously passed by the St. Kitts and Nevis National Assembly on 2nd September 2nd 2011 and assented to by His Excellency the Governor General September 22nd 2011.