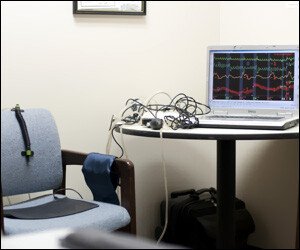 Inspector Eldrin Dickenson, Woman Sergeant Consie Rogers, Corporal Valentine Hodge and Constable Randolph Diamond became the first of local law enforcement to gain this ability after participating in an October 06 to December 12 workshop held in Barbados. It was organized by the International Narcotics and Law Enforcement Affairs Section of the United States Embassy in collaboration with the Regional Security System (RSS).

Within the first two weeks of the course, the participants were practicing on the machines after learning how to conduct a polygraph test, taking into account the size of the room, lighting and external factors such as noise and other distractions. Topics also covered during the 10-week course included Polygraph History, Psychology, Test Questions Construction, Ethics and Charts Analysis. Inspector Dickenson explained that the police force will use PDD exams in a number of specific cases.

“The first area deals with diagnostics ““ the criminal side where a person is accused of an offense and he/she wishes to clear his/her name they can voluntarily opt to use the examination,” he disclosed. “The second deals with screening, meaning you are in the police force and because of certain sensitive areas within the organization, the High Command will wish for you to be screened.  It will also be used for entrance into the police force.”

Inspector Dickenson highlighted the staffing and policy reforms within the RSCNPF as well as new equipment being used by law enforcement and said the training of officers in polygraph testing was in keeping with the changes to improve professional conduct.

“Over the years, we had to rely on [persons] from other countries to come in to do this [testing] for us and they are only able to spend two or three days. Now we have our own. We are now certified and qualified polygraph examiners,” the Police Inspector concluded.

The polygraph machine for local police is expected to arrive on island in the first quarter of 2015. The Psychophysiological Detection of Deception training was also attended by personnel from Antigua and Barbuda, Barbados, Dominica, Grenada as well as St. Vincent and the Grenadines.