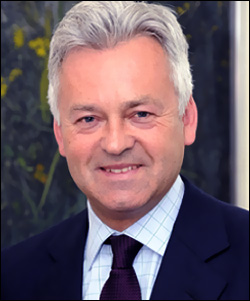 St. Kitts and Nevis’ Prime Minister the Rt. Hon. Dr. Denzil L. Douglas says the cancellation of the debt owed to Britain by the  twin-island Federation in the debt-restructuring programme will go a long way in the continued restoration of confidence to the economy.

“I commend the members of the Paris Club who cooperated and collaborated with us, especially the British Government who has officially informed me that they have given complete debt forgiveness for the balance debt that we owed them,”  said Dr. Douglas, who is also Minister of Finance.

During a stopover in London on his way from home from a week of investment talks in Dubai, Prime Minister Douglas expressed thanks to the Government of the United States for agreeing during the negotiations in May with the members of the Paris Club to extend the period of payment at a very low interest “thus making it possible to manage the outstanding debt with the United States Government.”

Prime Minister Douglas also expressed thanks to the domestic and regional creditors for the support provided in the restructuring of the national debt.

“With all that has been achieved, we are seeing the continuing increase in confidence returning to the economy of St. Kitts and Nevis, where we should now be doing everything that we can, not only to stimulate domestic investment to St. Kitts and Nevis, but also attracting foreign direct investment and Dubai in the United Arab Emirates is one of those places that such investment would come,” said Prime Minister Douglas.

The British Government informed the St. Kitts and Nevis Prime Minister that the case for debt relief was assessed under three criteria: sound economic management, good governance and commitment to poverty eradication.

The Rt. Hon. Alan Duncan, the British Minister of State for International Development hoped that the writing off of the debt “will help boost the chances of success and help free up resources to help protect the poorest and most vulnerable citizens of St. Kitts and Nevis during this challenging time.”