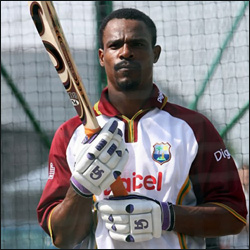 As arrangements for the farewell service of Nevisian cricketer Runako Morton are being finalized, the Federation of St. Kitts and Nevis prepares to pay tribute to one of its leading athletes.

The public proceedings, planned by the family in collaboration with the Nevis Island Administration (NIA), take place on Saturday, March 17 at the Elquemedo Willett Park in Charlestown. Tributes will begin at 11:30 a.m. while the service begins at 1:00 p.m.

The Morton family will be joined by officials from the Federal Government including Prime Minister the Right Honourable Dr. Denzil Douglas, the Minister of Sports Honourable Glenn Phillip, NIA leaders and hundreds of mourners in saying goodbye to the former international batsman who died in an automobile accident on March 04, in Trinidad.

Prime Minister Douglas stated that “while this is not an easy time for Morton’s loved ones, he hopes that the support of others will provide strength during this period of grief.”

Meanwhile Minister Phillip bemoaned the untimely passing of the 33-year-old, noting that it was a “tremendous loss” for the Nation and for the cricket fraternity locally, regionally and internationally. He explained that the public gathering will be an emotional one.

“Holding a public service is the right thing to do,” he said, while highlighting Morton’s many accomplishments which endeared him to teammates and fans around the world. “He was a public figure, and this occasion will allow persons from all walks of life to join with us in celebrating the life of Runako Morton.”

The service will be broadcast live by Choice Radio 105.3FM in Nevis, while a live video stream will be available from Nevis Television Channel 8.

A memorial service was held for Morton in his adopted home of Trinidad on March 13.