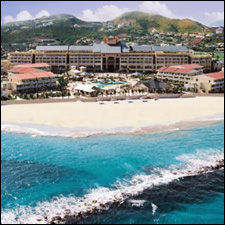 More international exposure for the twin-island Federation of St. Kitts and Nevis.

The latest is from Hospitality Times.  It lists St. Kitts and Nevis among the 10 Smallest Islands in the World.

“You may not have heard about these countries since they are so small. However, what they lack in size, they certainly make up for with their rich culture, heritage, history and spectacular attractions. Explore the 10 smallest countries in the world with Tourism-Review.com

It added: “St. Kitts and Nevis is made up of two volcanic islands. They are known for pristine beaches, lush rainforests and attractions like the Culturama, the volcanic cone of Nevis Peak and St. Kitts Scenic Railway.”

Over the past few months, St. Kitts and Nevis has been featured internationally on numerous occasions.

The St. Kitts’ Scenic Railway train was listed among 30 stunning heritage trains of the world and the only one in the Caribbean.

In February, 2012, St. Kitts was named one of “5 Caribbean Islands to Discover Now” by MSNBC.

St. Kitts was also named one of the “Top 12 Spots that should be on your list for 2012″ by Caribbean Travel + Life magazine.

In summer 2011, the destination also ranked #1 on a list of the 16 Best Caribbean Vacations by US News & World Report.

St. Kitts was named a top destination for 2011 by both AOL Travel and British Airways.  Located in the northern Leeward Islands of the Caribbean, it offers a diverse tourism product developed from the destination’s natural beauty, cultural heritage and rich history.