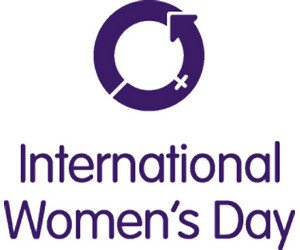 One day ahead of the international observance, Cyndie Demming and Samantha Rochester were identified as pioneers and honoured by the Department of Gender Affairs in commemoration of International Women’s Day on March 07, 2015.

At a classy breakfast ceremony, Ms. Demming was recognized for “Making It Happen” in the field of politics as an activist for her political party of choice.  She was a graduate of the Civil Women in Leadership programme and an advocate for personal development and professional development of girls and women.  This pioneer was also a former president of the St. Anne’s Anglican Church Women’s Association (ACWA) and the Vice President of the Diocesan ACWA.

Ms. Rochester was honoured for “Making It Happen” in the area of non-traditional skills.  She is a heavy equipment operator of the excavator, bulldozer, roller and bobcat machines yet has retained her feminine wiles having entered several beauty pageants.  This pioneer is also an entertainer and is currently training two young women in the same field in which she has specialized over the years.

Demming and Rochester were among a total of 15 local women who were honoured for achievements in their respective fields.

Minister of State responsible for Gender Affairs Honourable Wendy Phipps, who delivered a message at the breakfast emphasized the importance of women in nation building.

“I salute all women in our Federation for the critical role they continue to perform in our nation’s development, be it at the family, social, cultural and/or economic level,” Minister Phipps emphasized.  “Whatever the post, whatever the station, whatever the title attached to the contribution of women in this country, I consider you all to be trail blazers and nation builders with a vast, exhaustive job description ““ for now and the long haul.”

She also reiterated the government’s approach to Gender Equality and the Advancement of Women.  This includes the implementation of a progressive family leave policy; the creation of victims’ rights legislation; and the establishment of a systematic, reliable health care and holistic wellness programme that is responsive to the needs of women.   The strategy also includes the creation of a favorable investment climate that facilitates entrepreneurship among women and making greater investment in social development programmes that assist women in building self-confidence, self-worth and assertiveness; and in thinking outside the box in relation to career choices.

Minister Phipps emphasized her intention to carry out this mission.

“Our Government of National Unity intends to deliver, as far as possible, on every one of these areas, in order for our women to walk into their God-given destiny of participating in our country’s growth and development,” Minister Phipps asserted.  “I also give you my solemn pledge that although I am the only female voice in a predominantly male Cabinet, I will fiercely advocate for gender equality initiatives for my sisters in this nation, and for our baby girls yet unborn.”

The other phenomenal women awarded at the ceremony were Donna Merritt and Naomi Webster for manufacturing, Clarice Cotton for education, Azilla Clarke and Tracy Parris for community development, Talibah Byron for law, Mavis Huggins for the title of woman nurturer, Gloria Anslyn for business, Roberta Rawlins for business and Kerrecia Thomas for construction, Claudette Clarke for health care, Dale Isaac for arts and Jennifer Williams for agriculture.