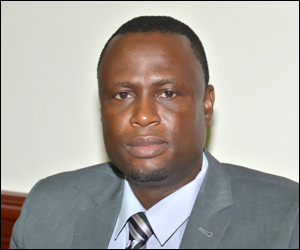 St. Kitts and Nevis’ Minister of Education, Sen. the Hon. Nigel Carty is heaping praise on local students whose national average surpassed that of the Caribbean region not only in overall subject passes, but also in English and Mathematics.

Addressing the nation in a radio and television address, Minister Carty reported that in the CSEC or CXC “O” Level examinations, the total number of candidates across all of the schools sitting the exams in May-June 2014 totaled 776.

“Exams were written in 32 subjects across all schools in both Nevis and St. Kitts. There were 4,683 subject entries with 3,707 entries returning passing grades for a national average pass rate at CSEC for 2014 of 79%, while the Caribbean region returned a pass rate of 61%. Exceeding the regional average by 18 percentage point is indeed highly laudable,” said Mr. Carty.

He said the Ministry of Education, is quite pleased that the following subjects turned out 100% pass rates across all schools in Home Economics – Management, Building Technology – Construction and Physical Education & Sports.

“School departments responsible for these subjects ought to be highly commended for this outstanding achievement,” he said.

“English Language returned a pass rate 68% which is particularly commendable given that there has been an increase in the number of students sitting the English exam this year. Of further note is that this 68% pass rate compares very favorably with the 56% pass rate in the subject regionally. Mathematics has put forward it best showing in several years, returning a 64% pass rate compared to the regional average of just 46%,” Mr. Carty disclosed.

He added however that while the Ministry is proud of the vast improvement in Mathematics this year, “we take note of the need for the exertion of even greater effort in this apparently challenging subject and the need to get more students to sit and pass the examination.”

Reviewing the performance of each school in the Federation, Mr. Carty that the Basseterre High School entered 119 students in 26 subject areas.

“Of the 698 subject entries, 86.96% (the highest percentage pass rate in the Federation for 2014) or 607, returned passing grades which is an improvement over the 79.74% obtained in 2013. 100% pass rates were achieved in Food & Nutrition, Home Economics, Information Technology, Music, Office Administration, Principles of Accounts, Spanish, Technical Drawing, EDPM, PE & Sport, and Building Tech: Woods,” he said.

The Cayon High School entered 97 candidates for the 2014 CSEC exams in 27 subject areas. Of the 475 entries, 66% or 315 returned passing grades which is a slight decline over the 73% obtained in 2013.  100% pass rates were registered in Clothing & Textiles, French, Information Technology, EDPM, PE & Sport and Building Tech: Woods. Unacceptable performance is being observed in Caribbean History, English A, Economics, Geography and Social Studies, all of which achieved pass rates between 33% and 46%.

At the Charlestown Secondary School, there were 131 candidates in 27 subject areas. Of the 837 subject entries 77% or 642 returned passing grades. 100% pass rates were realized in Geography, Information Technology, Integrated Science, EDPM and Building Tech: Construction. Of concern is the less than 50% pass rate obtained in Social Studies and Electrical and Electronic Technology.

The Immaculate Conception Catholic School entered 51 students in 18 subject areas. Of the 160 subject entries, 79% or 126 returned passing grades.  The school achieved in the 2014 CSEC exams a 100% pass rate in Biology, Chemistry, English A, Information Technology, Integrated Science, Physics, Technical Drawing and EDPM. Of great concern is Principles of Accounts that returned a 16.67% pass rate.

Sixty-nine (69) candidates at the Gingerland High School offered themselves for the 2014 CSEC exams in 28 subject areas. 80% or 410 returned passing grades which is an increase over the 75% realized in 2013.  A pass rate of 50% and above was achieved in all subject areas except Caribbean History, Chemistry and Social Studies. Clothing & Textiles, Economics, French, Geography, Integrated Science, Music, Physics, Spanish, Technical Drawing, EDPM, PE & Sport and Building Tech: Construction returned 100% passes.

At the Charles E Mills Secondary School at Sandy Point, 62 students sat exams in 27 subjects. Of the 399 subject entries, 74% or 296 returned passing grades.  Excluding Social Studies, there was a greater than 50% pass rate all in subject areas of which Agricultural Science SA, Economics, Food & Nutrition, French, Home Economics: Management Principles of Business and PE & Sport attained a pass rate of 100%.

There were 47 students taking the CSEC exams in 24 subject areas at the Verchilds High School. Of the 329 subject entries, 82% or 271 returned passing grades.  Except for Visual Arts at 33% and Integrated Science at 42% all subjects returned a pass rate of 50% or more with Agricultural Science SA and DA, Home Economics: Management, Information Technology, Principles of Accounts, Technical Drawing, PE & Sport, and Building Tech: Woods returning 100% passes.

At the Lyn Jeffers School in Nevis now renamed the Nevis International Secondary School, 5 students were entered in 10 subject areas. Of the 23 subject entries, 78% or 18 returned passing grades.  There was a 100% pass rate in Caribbean History, Geography, Information Technology, Social Studies, Spanish and Human & Social Biology.

Mr. Carty commended the principal and staff of the Saddlers Secondary School for this extraordinary showing on its first sitting of the CXC examinations and for giving the Federation in 2014, the second best performance in CXC.