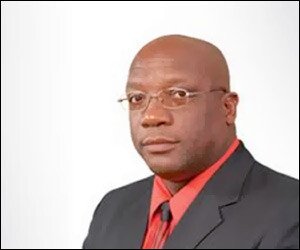 Prime Minister Dr Timothy Harris yesterday took the oath of office as the new head of government in this twin-island federation following Monday’s general election in which Team Unity swept the St Kitts – Nevis Labour Party (SKNLP) out of office after 20 years.

Harris, 51, told those gathered at the official residence of the governor general that his elevation to the top post ushered in a new government of national unity.

“I pledge as the prime minister of the country to uphold all oaths that we have taken, to work diligently for the prosperity of the country and, equally important, the deepening of the democracy.

“Our platform for the election in this country was based on two critical pillars. Democracy, democracy, so much of it was under threat in our view and …we know we have to redeem it,” said Harris.

Harris said that “amidst all the rosy picture the truth is there are too many unforgotten people, too many situations unknown, unseen, unintended where people live”.

“I knew that there had to be a better way of existence and the Government has an obligation to take the 33 per cent of people who live a life of abject poverty out of that situation,” he said.

The governor general also swore in Vincent Byron as the new attorney general.

The 15-member National Assembly is made up of 11 elected members and four others, two of whom are Government senators and one Opposition senator. The attorney general is the ex-offico member of the legislative body.

The St Kitts-Nevis Labour Party had entered the election in an accommodation with the Nevis Reformation Party, telling the public it was the best party suited to continue the socioeconomic development of the twin-island federation.

But Team Unity urged supporters it was time for there to be “Prosperity for All” and accused the outgoing administration of nepotism, corruption and mismanagement of the economy.

The party had campaigned on the theme “Better days are coming” and had urged its “family” of voters to ensure that they remove the incumbent from office.