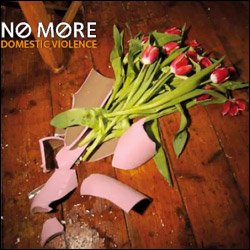 Stop The Crime of Domestic Violence

St. Kitts and Nevis’ Permanent Representative to the Organisation of American States (OAS) Her Excellency Mrs. Jacinth Henry-Martin was among several Eastern Caribbean diplomats who attended a signing ceremony in Washington, D.C. from which the twin-island Federation will benefit.

During the ceremony, Chile and the Organization of American States (OAS) signed an agreement that will help strengthen the capacities of St. Kitts and Nevis, Antigua and Barbuda, Dominica, Grenada, St. Lucia and St. Vincent and the Grenadines in the area of violence against women.

“The problem still exists, but we are working very hard to reduce it,” said OAS Secretary General Jose Miguel Insulza, who stressed that protecting women’s human rights was one of the OAS’ priorities.

“It is very important that we continue providing technical assistance to countries to improve their legislation,” he said.

Chile recently contributed $1 million for social development in the Caribbean countries, of which $113,000 targets gender-based violence in the region.

“The ability of Caribbean countries to act together with the international community and to create a common market of 16 million people is a lesson for all of us,” said Chilean Foreign Minister His Excellency Alfredo Moreno.”

Deborah-Mae Lovell, the Permanent Representative of Antigua and Barbuda to the OAS, said the Caribbean Community thanked Chile for its continue assistance for social development.

She called the letter of intent “another example of the government of Chile’s partnership with the Caribbean.”

In February, Chile and CARICOM held a Joint Commission in Santiago, the second time the two sides had held such talks.

The agreement was signed at the residence of Chilean Ambassador to the United States Felipe Bulnes.