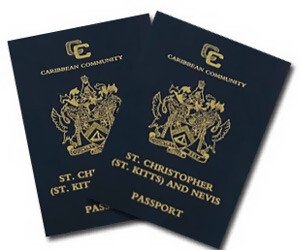 Prime Minister Dr. the Honourable Timothy Harris has assured that St. Kitts and Nevis is committed to the Citizen by Investment (CBI) Program and has began responding to the concerns of several providers in a timely manner.

Prime Minister Harris further noted that one of the priorities pertaining to the CBI program is to take the necessary procedures to protect the programme and to reassure the United Kingdom, the United States, Canada and several other governments that St. Kitts and Nevis is willing to work with them in ensuring the programme meets the highest level of international acceptance.

“At this time relations with the U.S. and Canada are the two key foreign policy objectives,” Prime Minister Harris emphasized. “Recalibrating relations with them is important to the maintenance of the CBI program.”

The Leader of the Federation further revealed that Senior Minister in the Federal Cabinet, Honourable Vance Amory will represent St. Kitts and Nevis at a Citizenship by Investment Conference to be held in Dubai, March 17 and 18.  He said that due to national commitments he is unable to attend, however, Minister Amory and himself will convey the commitment of the Federation to the CBI program.  The Prime Minister did commit to visiting the United Arab Emirates on a more opportune occasion.

Meanwhile, Dr. Harris has toured many projects being financed under the CBI program and met many service providers.

“We continue to do business in the Citizenship by Investment programme,” stated an optimistic Prime Minister.  “We want legitimate business and we are working diligently to restore the prestige of our CBI as the oldest and best in the world.”