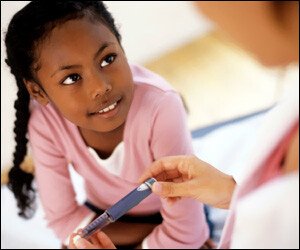 The St. Kitts Diabetes Association (SDA) in collaboration with the St. Kitts and Nevis Red Cross Society is organizing a camp for juvenile diabetics in St. Kitts, slated for Friday May 22, 2015 at the Sandy Point Community Center.

In an exclusive interview with SKNIS, Public Relations Officer (PRO) of the SDA, Dr. Reginald O’Loughlin commented on the origin of the idea.

“The idea of the juvenile diabetes camp really originated from [the] executive of the SDA,” Dr. O’Loughlin stated. “This executive has been in place since November 2013 and we decided that we were going to have a new modus operandi which relates to the diabetes association. We are going to have a new way of approaching diabetes in St. Kitts and Nevis by reaching out and touching diabetes from a variety of stand points, including the children.”

He further stated that diabetes in the federation is caused by poor practices.

“We recognize that the failures in diabetes really relates to poor eating and exercise habits,” the PRO stressed.” “We have come up with the idea that in order to help young diabetics; those dependent on insulin, we will organize a camp to show them how to cook from the things that are readily available.Ã‚  This will help them understand that they don’t have to go and order stuff from overseas to be able to eat as a diabetic.”

Dr. O’Loughlin pointed out that they have decided to “include friends and family, because they want the participants to be able to feel comfortable among their friends who know about their condition.”

He mentioned what they hope to achieve.

“The expected outcomes would be that these young diabetics would learn how to begin to eat more wisely,” PRO O’Loughlin said. “Hopefully that would be noted in the results when we do our subsequent testing and follow-ups at the clinics. We hope to see improved diabetes control among the youngsters.”

Dr. O’Loughlin explained that outside of the camp, quarterly forums are held every three months at the Basseterre Girl’s School to further educate persons living with diabetes.

The camp which is expected to last for 24 hours will start at 6:00 p.m. and will engage participants in the preparation of dinner, lunch and breakfast, suitable for diabetics.