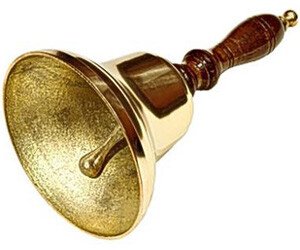 The Bell Has Been Rung!

In a national broadcast, Prime Minister Denzil L. Douglas said he will present the dates at a political meeting of the St. Kitts – Nevis Labour Party this evening.

He told the Nation that on the 16th January 2015, the Governor General, in accordance with the provisions of the Constitution acting on “my advice dissolved the National Assembly which now stands dissolved.”

“Today, the 27th January the Governor General for the purpose of holding of the said elections has issued the relevant writs of Election under the Public Seal addressed to the returning Officers of all the constituencies. By the said writs, it ordered the date set for the Nomination of candidates for each constituency and the date set for the elections which shall be announced this evening, almost five years to the day, at a public meeting at Best Buy Parking Lot at Buckley’s,” said Prime Minister Douglas.

“I will do so buoyed by the fact that voters expressed their desire to have the St. Kitts-Nevis Labour Party lead our country in 2010; buoyed by all that Labour has accomplished since; and buoyed by the fact that Labor’s vibrant and inspiring candidates personify such experience and innovation, vitality and wisdom ““ precisely the winning combination that we, as a nation and a people, must have in order to continue our remarkable march upward,” Dr. Douglas said in a national radio and television broadcast.

“Five years ago, you assigned to the St. Kitts-Nevis Labour Party a most important responsibility. You assigned to us the complex and demanding task of leading this country. And for this, we thank you.

Indeed, your votes made clear your desire to have the St. Kitts-Nevis Labour Party fill seventy-five percent of the seats in St. Kitts.  And for that ““ again ““ we thank you.  From a position of strength, and not of need, our newly elected Labour Government immediately reached out to the island of Nevis to ensure that they could participate, at the highest levels, in the Cabinet of the Prime Minister.  And for their constructive and collaborative contributions ever since, we all owe them a debt of gratitude,” Prime Minister Douglas said.

He added that from the moment of the election in 2010, his Government has embraced with competence, energy and tenacity, the difficult and complicated responsibilities that running a country entails.

“No-one in our Federation could have known, at the time of our country’s last election that the world would practically spin out of control in years to come, with a global crisis lurching and lumbering ever forward, wreaking havoc in one country after another.  Indeed, today in January 2015, Greece, which had dominated so much of world history, remains in deep social and economic crisis.  And Europe is being described in The Guardian as “a continent of no growth and high unemployment” that has been “plunged into a volatile new era” all of this demonstrating how very easy it is for even the most prominent of countries and regions to run off the tracks,” he told viewers and listeners.

“That is what makes all that the Government and people of St. Kitts and Nevis have been able to achieve, over the past five years, so extraordinary:   In an era of terrifying global mayhem, my Government presented to you our very own economic blueprint to safety, and ““ though difficult at the time ““ you rewarded us with your faith.  My Government put forward our specially crafted economic approaches and programs, and you put forward your invaluable cooperation and trust,” the Prime Minister said, adding:

“Today, as a result, we, the Government and people of St. Kitts and Nevis have created, in the words of the Governor of the Eastern Caribbean Central Bank, “the one bright spot of the Caribbean.”  Together, we produced the highest rate of economic growth in the Eastern Caribbean in 2013, the second highest in CARICOM, and are projected to lead all of CARICOM in 2014.  We have attracted more foreign direct investment than any of our neighbors; we have provided life-altering and lucrative skills training to thousands of nationals cost-free.”

He also said: “For the first time, long service workers receive a substantial gratuity should they decide to start a new chapter in their lives; fathers are entitled to child support; and Government-provided access to technology has expanded the skills profiles of students and their families alike.  Land for housing and farming has expanded exponentially, and we are now an exporter of agricultural produce to neighboring countries and territories.  Once a high-debt country, your Government has slashed the nation’s debt in half and the Federation is now the best performing regional nation in terms of meeting  debt to GDP targets – and we are doing so years ahead of schedule. The tiniest nation in a Commonwealth that contains countries as large as India, South Africa, and Australia, the leadership of St. Kitts-Nevis, significantly, was identified by the Commonwealth as the country best equipped to articulate to the world’s leading financial institutions the vision, challenges and aspirations of small states where economic development and debt management are concerned.”

“Fellow Nationals, Residents, you elected my Government in 2010 to demonstrate the validity of our vision and the extent of our capabilities.  And we did.  Not simply in an era of global normalcy, but in an era of grave global crisis and volatility.  My Government, therefore, has been tested in the crucible – and remained strong.  Like the good servant in Matthew, our work has caused the talents of this Federation to expand many-fold”¦”¦to the lasting benefit of us all. We have given of our very best.  And we are grateful that our best has so positively and dramatically transformed the lives of our country’s men, women, and children ““ not only for now, but for generations to come,” he said.

“In a matter of weeks, Fellow Nationals, Residents, we will all again participate in that most important of democratic exercises, when, with our “x”,  we will specify exactly which candidate and which political party we wish to assume the leadership of our Federation at this moment in our nation’s history. Fellow Nationals, Residents:  The population sizes in our country’s electoral constituencies have now been adjusted ““ in an attempt to make them closer to equal. And where we vote in 2015 will be the exact same place we voted in 2010 ““ in an attempt to make voting a calm and seamless process for all,” the Prime Minister said.

Dr. Douglas said too that this year’s vote is the means by which St. Kitts and Nevis, will determine the course and fate of the Nation.

“Let us, as always therefore, seek God’s guidance and wisdom as we are casting our ballots, in order that we might do so, at that moment, both wisely and well,” he concluded.