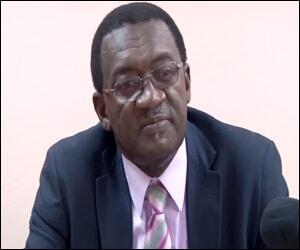 “If it is the only thing that I accomplish in Government, if I live long enough, it is to accomplish that we have some kind of coverage so that the ordinary man on the street ““ if he needs that service, he should be able to access it,”â‚¬ Minister Hamilton said.  “I would like to think of health coverage, of healthcare as a fundamental right, one of those fundamental rights that are not written in our constitution.”

Minister Hamilton related a story, in which he noted that a 34 year old fisherman had withered away and died because after having initial surgery to remove cancer from his intestines, he was unable to obtain the money to get the necessary follow-up medical treatment to fully rid himself of the illness.

It was revealed that the National Health Insurance sector had begun putting things in place to implement an insurance scheme.

“That is why we have a committee ready now, because we could not do everything in one year,” Minister Hamilton said. “In our second year, we’re going to be rolling out the plans for making sure that we start the programme for comprehensive health coverage for those unfortunate people.”

The current insurance coverage provided by the government for its employees was demonstrated as being inadequate.

“I’ve seen evidence, evidence of persons, Mr. Speaker, who are under government’s programme, whose expenditure on illnesses which have taken them to North America have exceeded the $750,000 limit and having exceeded $750,000, more than one person mind you, they are still here needing treatment,” Minister Hamilton said.  “This means they either have to go into private savings, borrow or just come home to die.  That is of concern to me, Mr. Speaker, and there are those who don’t even have the coverage.”