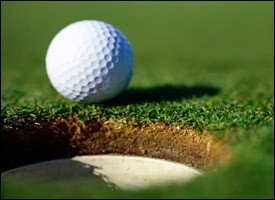 The governing St. Kitts – Nevis Labour Party’s manifesto pledge to “aggressively pursue the further development of the tourism industry” moves to another level Wednesday with the groundbreaking ceremony for the 18-hole Championship Golf Course on the Southeast Peninsula.

Prime Minister and Minister of Tourism, Hon. Dr. Denzil L. Douglas has been invited to speak at the ceremony which begins construction of the golf course, a major component of the multi-million dollar Christophe Harbour Development, which includes two-five-star hotels, a mega-yacht marina, boutiques, shops, luxurious villas, ocean front homes and private homesites on around six pristine beaches on 2,500 acres of land.

Fazio has designed more than 200 spectacular golf courses in locations around the world and many of his courses rank in the Top 100 courses in America.

Prime Minister Douglas, Buddy and Fazio will make the ceremonial “first dig” to commence construction of the golf course.

Kiawah Development Partners has garnered an enviable array of awards and accolades for its imaginative, environmentally responsible and successful golf, tennis and lodging resorts in South Carolina and Ireland.

The firm is best known for its role as the master planner of Kiawah Island, a residential resort community on a barrier island 21 miles from Charleston, S. C., and Doonbeg Golf Club in County Clare, Ireland.