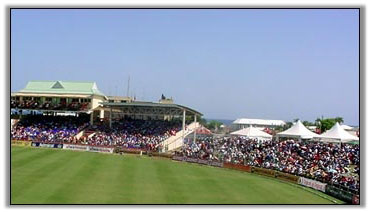 Two Twenty20 and other matches will be played in Florida, Jamaica and Antigua.

Lauderhill in Florida will host New Zealand and West Indies for two Twenty20 matches on June 30 and July 1, in the run-up to New Zealand’s prior to the Caribbean tour.

This will be only the second time two Test teams face-off in Florida, after the Twenty20s between Sri Lanka and New Zealand in May 2010.

New Zealand Cricket Chief Executive, David White said the games in Lauderhill would boost the sport’s profile in the USA.

“Playing matches in Florida is great for the profile of cricket, as Cricket Holdings America works towards forming a professional Twenty20 league,” he said.

He added: “I think the West Indies Cricket Board should be commended for the hard work that has gone into scheduling the matches.”

After the Twenty20s, New Zealand will play five one-dayers and three Tests in the West Indies, between July 5 and August 6.

Jamaica and St. Kitts will host the ODIs, while the Tests are scheduled for Antigua and, again, Jamaica. New Zealand will play one three-day tour game ahead of the Tests.