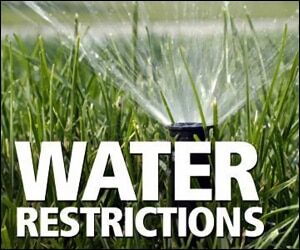 Water Restrictions Resume For The Future

Rainfall in December 2015 remained well below the traditional average for the period, and experts are warning residents of St. Kitts and Nevis to continue water conservation practices.

Burke forecast that the “below normal rainfall” will persist for the next three months to be followed by a slightly above normal period of rain between April to June. However, he advised that drought like conditions will last up until May, 2015.

A release from the Water Services Department (WSD) on Monday (January 04) informed customers that water rationing, which temporarily ceased for the Christmas and Carnival celebrations, was being reintroduced from 10:00 p.m. to 5:00 a.m. daily throughout St. Kitts.

It advised that “the recent showers only improved the situation slightly” and encouraged “consumers to continue to observe measures that will help to mitigate the upcoming dry period.”

Recommendations urged persons and agencies to repair leaks, purchase cisterns, implement water management contingency plans, and to cease watering grass and washing vehicles with water hoses. Additionally, the WSD will monitor standpipes and fine or disconnect service for violations where applicable. No water will be sold to cruise vessels.

Consumers are asked to continue to be vigilant and contact the Water Services Department at 465-8000 for any related concerns.