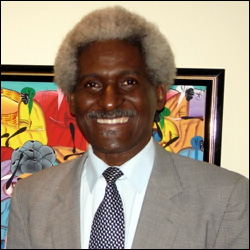 United States President the Hon. Baraka Obama has nominated a new Ambassador to the Federation of St. Kitts and Nevis.

He is His Excellency, Mr. Larry Leon Palmer, who will also be Ambassador to Barbados, St. Lucia, Antigua and Barbuda, the Commonwealth of Dominica, Grenada, and St. Vincent and the Grenadines.

Palmer, who will be based in Bridgetown, Barbados, is a career member of the Senior Foreign Service and has served as President and CEO of the Inter-American Foundation from 2005 to 2010.

According to a statement issued from the White House, Palmer was previously U.S. Ambassador to the Republic of Honduras from 2002 to 2005 and Charge D’Affaires in Quito, Ecuador.

Ambassador Palmer served as Assistant to the President of the University of Texas at El Paso and President of the 41st Senior Seminar, a senior management course for Senior Foreign Service officers.

Prior to joining the Foreign Service, Ambassador Palmer served as a Peace Corps volunteer in Liberia.

Ambassador Palmer received a B.A from Emory University, an M. Ed. from Texas Southern University and a Doctorate in Higher Education Administration and African Studies from Indiana University, Bloomington.