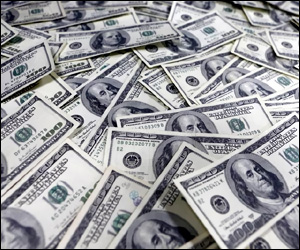 US$40 Million Not Required

The fiscal situation and performance of the economy in St. Kitts and Nevis has steadily improved over the last few years and has allowed for the return of US$40 million loan to the International Monetary Fund (IMF).

In 2011, the Federal Government engaged in a three-year Stand-By Arrangement (SBA) with the IMF to the tune of US$84.5 million. The structural adjustment programme was developed by the local government as part of debt restructuring initiative. At the completion of the ninth and final review by the IMF this week, a positive report was delivered as it showed a 3.8 percent economic growth, a surplus of 12.2 percent of GDP (Gross Domestic Product), as well as a 61 percent reduction in public debt to 104 percent of GDP. Debt reduction is reportedly “on a sustainable path, projected to reach a low of 60 percent of GDP in a few years.”

While delivering the Post-Cabinet Briefing this week, Minister of Information the Honourable Nigel Carty explained that “Cabinet considered and approved the return of approximately US$40 million to the IMF that was provided for under the Stand-By Arrangement with the institution.” He added that “the decision to return the unused loan funds to the IMF is consistent with government’s policy to continue to reduce its debt and to adopt a higher level of fiscal discipline going forward.”

Prime Minister and Minister of Finance the Right Honourable Dr. Denzil Douglas has been widely praised for his leadership in the development and implementation of the home-grown structural programme and returning the economy to positive growth in spite of the global economy which continues to negatively impact many countries in the Caribbean region.