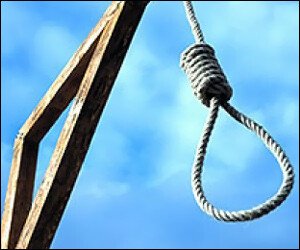 Capital punishment remains on the books in St. Kitts and Nevis and any change in the policy must be preceded by a robust and comprehensive debate.

This was stressed by Attorney General, Vincent Byron, during this week’s edition of the Government’s radio programme “Working for You.” He acknowledged that the world has changed significantly over the years and that brought with it a different sensibility including the sanctity of life.

“It is something that the United Nations (UN) has overtime been bringing to the table,” Attorney General Byron stated. Should the state be involved in taking life? “¦ and so there has been more and more pressure being put on governments around the world to adhere to the principle of the sanctity of life and should we find alternative ways of punishing people who have done so (taken a life).”

That debate is expected to be taken up in various countries in the Caribbean, particularly among CARICOM Member States. Capital punishment remains legal in a majority of these countries and Honourable Byron, who also serves as St. Kitts and Nevis’ Minister of Justice and Legal Affairs, said it was a matter of sovereignty.

“Should external forces, whether from the European Union (EU) or [others] tell us what to do?” he questioned. “Our peoples are very much in support of the death penalty and if it is that we are to move towards the concept that we move it from the books, we would need to have debates in our society, a lot of debate, and we need to have consensus for us to be able to change the laws as they currently stand.”

According to prison statistics, the last time the death sentence was carried out in St. Kitts and Nevis was on December 19, 2008.