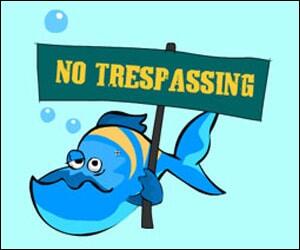 A Bill shortly entitled the Fisheries, Aquaculture and Marine Resources Bill 2015, aimed at safeguarding fishing practices in the Federation of St. Kitts and Nevis, was read a second time by The Honourable Eugene Hamilton, Minister of Agriculture, and passed into law during the first sitting of National Assembly for 2016, on Tuesday, January 26.

Minister Hamilton commented on and outlined issues relating to the Bill.

“Mr. Speaker, the objects and reasons for the Bill are clear in all of its articles that outline especially dealing with administration, with conservation and with prohibited activities,” said Minister Hamilton. “The functions, Mr. Speaker, and powers and duties of the minister within the act, states where an entity is authorized by the Government of St. Christopher and Nevis to register fishing vessels, they are entitled to fly St. Kitts and Nevis’ flag and use or intended to be used for fishing or related activities in areas beyond national jurisdiction, liaise and as appropriate, give direction to such entity in relation to matters falling within the scope of the act, as well as bilateral, regional and international cooperation and all matters falling within the scope of the implementation of international standards for flags state performance.”

He further stated that the Bill will allow the Government to identify, administer and ensure that illegal, unregulated and unreported fishing is at minimum.

The agriculture minister spoke to the introduction of the act, and its future.

“In 1984, Mr. Speaker when the act was first established as a harmonized piece of legislation, none could foresee I believe, the intricacies of fishing, something like 10-15 years later,” he said. “And so because of the intricacies, it has been determined Mr. Speaker that at least in licensing of fishing vessels, it is important to have a licensing committee.”

Minister Hamilton explained that a licensing committee is encouraged and is part of the act because it helps to rule out the doubt that an individual who applies for licensing may have in terms of if it is a one man decision for him to obtain or be denied a license.

“At least there is a committee established to be able to look at the application,” he said, adding that the licensing committee is encompassed in article 11 and consists of an addition in the form of an appeals committee. He noted that an appeals committee is important because it allows for someone who was aggrieved by the decision of the director from the licensing committee to find reasons to appeal in order to be reconsidered for whatever licenses they require.

The Fisheries, Aquaculture and Marine Resources Bill 2015, is a Bill to provide for the conservation, management, development and sustainable use of fisheries, aquaculture and marine resources of Saint Christopher and Nevis, to monitor and control Saint Christopher and Nevis fishing vessels beyond the fisheries waters, to repeal the Fisheries Act 1984 and for related matters.